The Men’s Hockey squad of Netherlands reached Biju Patnaik International Airport in Bhubaneswar and was accorded a warm welcome at the airport.

The full match schedule pdf for the Hockey World Cup can be found here.

The squads of  the 16 participating teams can be found here.

India’s Bhubaneshwar and Rourkela will host the FIH Hockey World Cup 2023. Matches for the FIH Hockey Tournament 2023 will be held at Bhubhaneshwar’s Kalinga Stadium. The games will be placed in Rourkela at the Birsa Munda International Hockey Stadium.

Participants in the FIH Hockey World Cup 2023 are divided into four groups known as Pools.

Ticket will be available online at Paytm Insider: www.insider.in

The following items are required to book the ticket:

Tickets for the inauguration ceremony at the Barabati stadium have been released. The tickets will be available for purchase through Paytm Insider beginning at 12 p.m. on Wednesday. The ticket prices have been set at Rs 250–500.

The Odisha government is also inviting all the CMs to attend the mega event being organised by Odisha.

The latest edition of the tournament will kick-off on January 13.

The FIH Hockey World Cup first started back in 1971 and has been since the pinnacle of achievement in field hockey. With more than 50 years of history, the trophy has been held by many different champions.

The Upcoming FIH Men’s Hockey World Cup 2023 will be the 15th edition of the World Cup. A total of 24 teams have competed in the World Cup throughout its history. Pakistan are the most successful team in the tournament’s history having lifted the Cup four times.

The FIH Hockey World Cup 2023 will see 16 teams fighting for the Cup. Here is everything you need to know about the precious trophy that these 16 nations will be hoping to lay their hands on.

The idea of a Hockey World Cup was first brought forward by the Pakistan Hockey Federation after they successfully hosted a nine-nation Hockey tournament in 1969. Until then the Olympics was the only global level Hockey tournament.

The idea was backed immediately by India and the first Hockey World Cup took place in 1971 in Barcelona, Spain. Pakistan were supposed to be the host of the inaugural World Cup.

However, the Tournament was shifted to a different location because of political unrest in the country.

Pakistan, who were the first to introduce the idea of a Hockey World Cup, were also the nation that designed the trophy for the World Cup.

The initial design was a single-piece trophy which would be in the form of a gold and silver-plated hockey stick. However, the then President of the Pakistan Hockey Federation, K.M Azhar had different ideas.

The Hockey World Cup trophy includes a silver cup with intricate floral designs on it. On top of the cup is a globe of the world made up of Silver and Gold. Mounted on top of the globe is a model hockey stick and ball. Including the base, the trophy stands 650mm high, without the base the trophy is 120.85mm high. It weighs a total of 11,560g, which includes  895g of gold, 6,815g of silver, 350g of ivory and 3,500g of teak.

The trophy was designed by Bahsir Moojid and the work of constructing the trophy was carried out by the Pakistani Army. The trophy was then presented to Rene Frank, the then president of the International Hockey Federation (FIH).

In what turned out to be a perfect conclusion to the story, Pakistan went on to become the first winner of the Hockey World Cup. Thus becoming the first nation to lift the prestigious trophy that they helped create.

Thank you so much for reading our article. 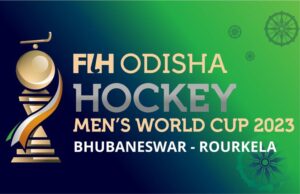 India vs New Zealand 1st T20I Live Streaming: When and Where to watch IND vs NZ live online and on TV

India vs New Zealand 3rd ODI: Live Streaming, When and Where To Watch?

Just Join Us for JorrDaar Sports Updates on your Finger tip.